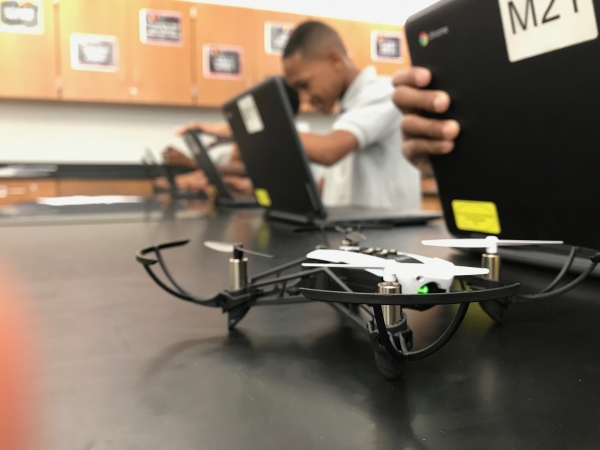 Something is buzzing at the new 21st Century Fort Worthington Elementary/Middle School and it’s a dance. The ‘Bee Dance’ to be exact—a pattern of twists and turns bees make when showing their counterparts where to find pollen. Sixth grade students in Mr. George’s Computer Science class operate drones they’ve programmed to perform this ‘Bee Dance’ in the school’s state-of-the-art technology lab.

Students are visibly enthused to program in Blocky, a Google-based JavaScript library for building visual programming using logic, loops, math, text, lists, color, variables, and functions. Mr. George teaches computer science in a somewhat reversed fashion. “First, I get them excited about the application, using coding platforms that are easy to understand to program drones to do something. Then, I slip in the basics of coding - they learn about the logic of it all, the foundation of computer programming,” says Mr. George. 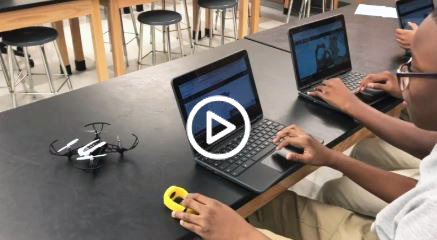 Seven S. demonstrates his ability to code a successful lift off and smooth landing.

Each student takes a turn programming their drones to spin, flip, and even land at specific points across measurable distances. Drone actions like these require pre-planning. Students develop a paper prototype by mapping out a list of functions with words and diagrams. “We wrote out our ‘Bee Dance’ plans and then we had to present it to the whole class!” student Seven S. recalls. Next, students use technology—their laptops and drones—to make magic. Tony W. says, “You know you did a good programming job when your drone doesn’t crash.” 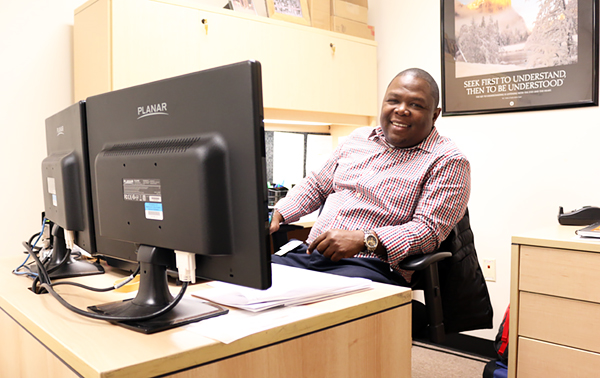 With technology being such a rapidly evolving field, keeping up with what’s new and what works best can be challenging. Terry works to stay abreast of the latest developments by doing research and having conversations with fellow technology experts, including professionals who work in other school districts. It will probably not come as much of a surprise that in his spare time, he likes to surf the internet.

Being part of this program has been “very exciting,” Terry says. “The most rewarding part for me is seeing the kids using really nice technology that they can appreciate—and that it works!” 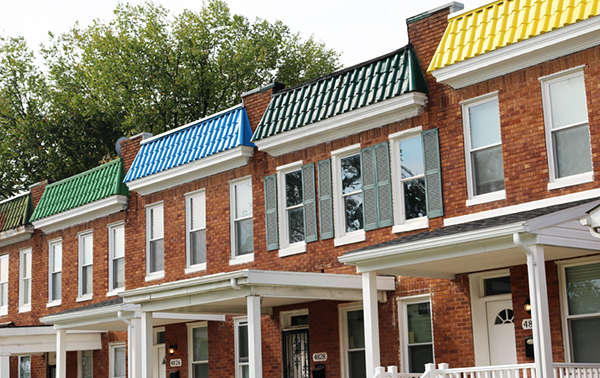 If you’ve been to the beautiful, new Pimlico Elementary/Middle School, which opened at the beginning of the school year, you may have noticed other significant improvements made just steps away. A block with eight renovated rowhomes, right across the street from the main entrance of the school, is part of a big picture plan involving Baltimore City agencies and organizations to enhance neighborhoods for current and future residents.

Since 2006, the Park Heights Master Plan has been addressing neighborhood transformation by providing a blueprint for positive change. The Plan has guided investments and leveraged resources to improve the built environment, revitalize distressed neighborhoods and address vacant properties, increase economic opportunities, and enhance the quality of life. Through slots revenue, in combination with other leveraged public-private investment, much has been achieved in Park Heights to improve the physical appearance and social conditions of the community. Baltimore City’s Department of Housing and Community Development’s (DHCD) work in neighborhood improvement is part of this larger, inclusive economic growth strategy.

In Park Heights, significant investments are being made at scale, and these are investments that can be built off into the future. Working with the Department of Planning’s INSPIRE program, DHCD leveraged plans for the new Pimlico Elementary/Middle to enhance the connection between the school building and the surrounding neighborhood. On the 4800 block of Pimlico, DHCD partnered with a private developer to renovate vacant buildings directly facing the school. These properties are available for homeownership at affordable prices. Incentives of up to $10,000 are available to qualified buyers, and many potential homeowners could realize a mortgage payment under $700 a month.